Giveaway: Your edition of choice of A Court of Frost and Starlight by Sarah J. Maas! (Open Internationally)

Hey guys! Today I'm very happy to announce my international giveaway for A Court of Frost and Starlight  by Sarah J. Maas. The book comes out on May 1st and is a novella that takes place after the events of ACOWAR, the third book in the series.

To celebrate, I am giving away 1 copy of the book to one of you!

The prize: An edition of your choice of the book. The winner can choose whether they want the UK paperback edition or the US hardback edition ^^

Excited yet? To enter in the giveaway, head over to my original Instagram post where I've listed the details on how to participate.

Good luck everyone!
Posted by Soudha at 2:24 PM 1 comment:

Email ThisBlogThis!Share to TwitterShare to FacebookShare to Pinterest
Labels: Giveaways

Do books have expiry dates?

I've always been of the belief that a good story has no age limit. I mean, I'm always as excited to revisit old childhood favorites as I am to pick up a new book that's geared more to people of my current age group (I'm turning 25 next month, in case you were wondering ^^). And while my list of to-be-read books is a never ending one, with new entries constantly being added as new books are released everyday, I always take the time to reread my favorite books. Harry Potter? I must have read the whole series at least 8 times now.

And then there are those books that we just kinda... stop reading? You know which books I'm talking about. You totally do. We all have books on our shelves that deep down we know for sure we'll never read again. I don't mean the unwanted books your aunt gave you for Christmas and which you had to act excited about because you didn't want to look like an ungrateful jerk. And I'm not talking either about those books you never finished or which you hated.  Or had to read for school and hated and never finished. No, I'm talking about the books you actually really enjoyed at the time, but which somehow, as time passed, you knew you'd never crack open again.

And here's why this happens:

1. The hype has died down and you realize your once favorite book wasn't all that great after all

Ahem, Divergent anyone?? So, this one is something most of us have been guilty of at least once before. Every now and then, we'll have a book that gets so hyped among the bookish community that even if it's something we would normally never even reach for, we find ourselves having to buy it. Remember all those boring, super cliched dystopians we had to read just because we needed something to fill the void left after the Hunger Games ended? And don't get me started on all those stupid love triangle filled teen romances with vampires and demons and werewolves we would pick up because we were all still so enamored with Twilight. And of course, the angel books. So many angel books! Hush, Hush anyone? That was like the Twilight of angel books. So, of course I bought it. Didn't we all? XD.

This one makes me sad. And it's largely what inspired this post. See, when I was a kid, I used to love the Saga of Darren Shan by Darren Shan (Yup, the author's pen name is the same as his character's name). It was basically the Harry Potter of the children horror genre. I loved those books with a passion and read the whole series 2 or 3 times. Recently, I decided to give it a go again, simply out of nostalgia. Two books into the series, I realized that I wasn't enjoying it the way I used to. Don't get me wrong. The books are still amazing and I absolutely recommend it to new readers, especially younger ones. It's just that all those epic scenes I remembered? They now fell a little flat for me. And on top of that, 24 year old me couldn't help but be overly logical and analytical with books that, to be fair, really should be just enjoyed as they are, being children books. I'll still remember this series with a lot of fondness. But the truth is that I've simply outgrown it. And yup, like I said, that does make me a little sad. Especially since 12 year old me totally had a crush on Darren (the character, not the author XD).

These are the books we pick up even if we know they aren't the epitome of quality literature, just because we know they'll be fun anyway. These are the holiday reads and the books you pick up on your way to boarding a plane. The racy romance novels your best friend recommends with a knowing wink. The cheesy and overdramatic YA books you secretly love to read every now and then, just for the heck of it. We all have our guilty pleasure reads and by all means, if a book makes you happy, go for it! That being said though, most of the time, these are books most of us will probably never reread again. Because once the fun element of indulging in them is gone, they just lose a bit of their appeal. Especially since there are so many other books we often would rather read instead. These books will still always have that special place in our bookish hearts though.

Yup. And for me, this is the case mostly due to slang terms that are of no use today. Or worse, that are considered rude or offensive today. I'm thinking mostly of all those racial slurs that we would condemn in today's world, but which were perfectly normal expressions back in the day, making many classics "accidentally" racist. The authors, in most cases, weren't even trying to criticize a particular group of people. But they still would strike a wrong chord with many modern readers. Aside from racially offensive slang, many classics also reflect a well dated depiction of women. This could be either in the depiction of female characters, or in the way male characters address these women. Again, these books are probably only "accidentally" sexist, simply because things just were different back then. Either way, many modern readers would probably still find these books problematic, making them seem a little obsolete in our bookshelves.

I mean, do you know anyone who would actually need to read a 19th century book called Studies in the Art of Rat Catching?? I'm not making this up. This book actually exists. Look it up, hehe. Back in the 19th century, when vermin control was a question of life and death for the population, this book was something most households would probably have wanted a copy of. Flash forward to 2018 though, unless it's for academic purposes or the like, this book just isn't relevant anymore. I rather like the title of the book though ^^


So, that's it for today's post guys. What are your thoughts on books and stories having 'expiry dates'? Do you think a day will come when even our beloved Sarah J. Maas and Cassandra Clare books would have become obsolete?! Or when kids will gradually stop reading Harry Potter, just like with the Famous Five, Sweet Valley kids, the Baby-Sitter Club and so many more? Let me know your thoughts down in the comments below ^^ 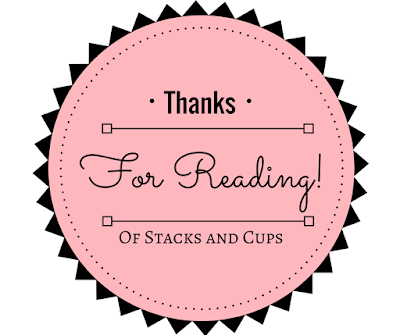 5 Easy DIY Halloween Projects For You To Try This Year!

Hey guys! So, today I thought it would be fun to share with you some of my favorite DIY Halloween Projects from around the Internet. I don't know for you, but I personally love making my own decorations, may it be for Halloween or for other holidays like Christmas. Since I'm currently living in small dorm room, I don't think I'll actually be able to do a lot of DIY this year, which makes me a bit sad. However, if you decide to try any of these, do let me know 'cause I'd love to see your creations! You can message them to me on Instagram if you want. You'll find the link to my account among my other social media on the right. 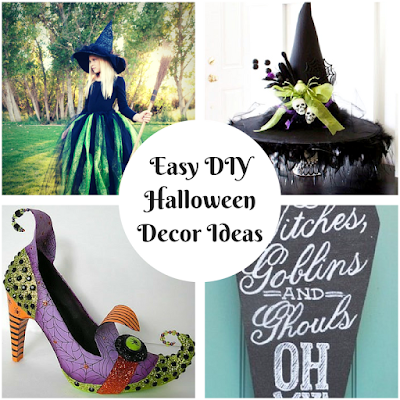 If you want to learn more about how to do any of these projects, just click on the links that I've included in the descriptions and they'll take you straight to each project's original tutorial post.

This fun project by Cheryl over at TidyMom is very easy. All you need is a witch hat and some extra tidbits to decorate it. Whether you want to use it to decorate your room or as a centrepiece for your party table, this project is not only super easy to make but it's also very pretty. Click here for the full tutorial.

I love, love this one and I really wish I was at home so that I could do it to! This tutorial is from Trisha at MomDot and it's perfect both as a costume accessory and as a decorative piece. I'm a sucker for pretty tulle in Halloween decorations myself so this one is definitely a project I'll do at some point. Click here for the full tutorial.

This tutorial is from the blog Dale Detalles and it's another favorite of mine. For this one you'll need some regular heel shoes along with some paint and other little embellishments. It's not very hard to do and would make for a really pretty addition to your Halloween decor. Click here for the full tutorial.

This tutorial by Rececca from the blog Simple As That is a real lifesaver if you are on a budget or don't have much time to come up with a fancy Halloween costume. I personally also want to try this one out myself. Since this year I don't think I'll be able to dress up, I'm bookmarking this one for next Halloween! Click here for the full tutorial.

This tutorial from The Ladybird Blog is perfect if you're looking for something to decorate your front door. The tutorial even comes with a template for you to easily recreate the one from the picture. It's easily customizable and while the tutorial is for a chalkboard sign, this could just as easily be adapted for a cardboard sign instead. Click here for the full tutorial.

So that's it for this post guys. Did you like these DIY projects? Are you going to be trying some of them out? If you are, do let me know! You can also message me the pictures of your creations on Instagram. Take care and have fun with your Halloween preparations! 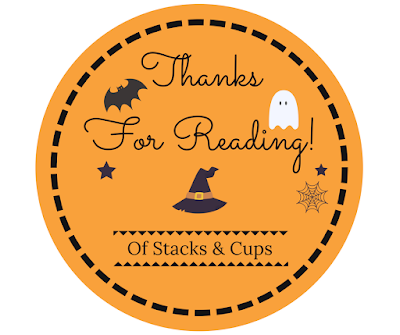