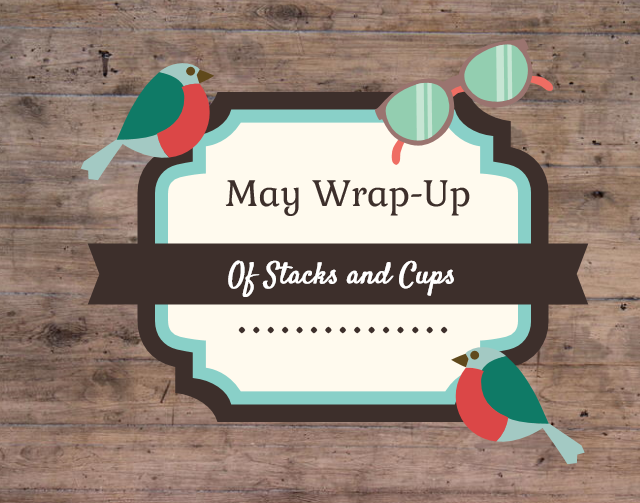 This month I read a total of 7 books. Yep, that's a bit less than my usual monthly reads but I've been reading a lot of classics lately and while they do take quite a chunk out of my reading time, I've actually been really enjoying them. Without much delay, let's jump right into it! This miniseries follows the concluding storyline of one of the most legendary X-Men, Wolverine, across 4 issues full of awesome writing and equally awesome artwork. I had never read an X-Men comic before and what I knew about the characters and the universe was based mostly on what I'd seen in the movies. The story was still pretty easy to follow though and you just can't help get attached to Wolverine/Logan. He's such an awesome character. I would have given one more star if not for the fourth and last issue which somewhat fell kind of flat. Overall though, this was a really good comic miniseries.

6. The Woodlanders by Thomas Hardy - 3 stars Yes, I've been reading quite my fair share of Thomas Hardy lately. Like many of his novels, this is a drama/romance story set in a small 19th century town. The book follows the interwoven stories of several people who each in their own way are struggling to get the object of their desire, may if be the love of another or a raise in societal status. With its backdrop of 19th century rural life, romance and lingering tragedy, this is one of Hardy's best works. I found myself really enjoying the first half of the book but around the midpoint, things somewhat started to slow down a bit, hence the 3-star rating. This however remains a very poetic and beautiful story about life, society and love and if you enjoy Thomas Hardy's novels, definitely pick this one up. This installment, the third in the publication order, sees the return of Lucy and Edmund to Narnia. This time, their sullen cousin Eustace accompanies them, somewhat against his will. The two Pevensies are reunited with old friends, including Caspian, as they all embark on a sea journey towards lands both unknown and magical. This was a very satisfying addition to the series and might even have obtained a fourth star if not for the character of Eustace. I understand why it was important for readers to initially find him unsympathetic but in my case I think it worked a bit too well and after a few pages, I just got a bit frustrated with him. It could also be that I was just missing the two older Pevensies.

4. Tess of the d'Urbervilles by Thomas Hardy - 4 stars Yep, another Thomas Hardy book! I guess it means I have a new favorite author :) This is so far the most dramatic of the books I've read by him. It follows the story of Tess, a girl born to a peasant family and whose father learns he's of noble ancestry. For her parents' sake, Tess accepts to seek the rich branch of the family to claim kinship. Thus she meets her 'cousin' Alec and what then follows will forever change her life. Some might argue this book deserves 5 stars but Tess, while being a very human and relatable character, isn't quite as strong a female character as I like to read about. I however really enjoyed this book and would like to reread it at some point.

Old and solitary Silas Marner's life is turned upside down when one day someone steals the treasure he'd been gathering and hiding for years. Silas soon afterwards finds an abandoned child in his home and ends up adopting her. Initially depressed by the loss of his treasure, Silas finds new joy in his unexpected fatherhood and thus his life slowly begins to change. If the plot sounds familiar it's because Gabrielle Zevin's novel 'The Storied Life of A.J. Fikry' is loosely based on this book. This was quite a short and quick read and within 200 pages or so, George Eliot manages to explore human nature with her always captivating and occasionally witty prose. This might not be the best book to start with if you're interested in discovering George Eliot's works but if you're already a fan of her books, you might not want to miss out on this one. This book follows the adventures of Eustace and his schoolmate Jill Pole as they unexpectedly find themselves carried into Narnia, where they are sent on a mission to find the King's long lost son, the Prince Rilian. Their adventures lead them to new friends and foes, and down into the eerie Underland where dark schemes are brewing. This is the first Narnia book without any of the Pevensie siblings but we do get a more mature and brave Eustace as well as lots of scenes with Aslan. Overall, this installment was very fun to read. 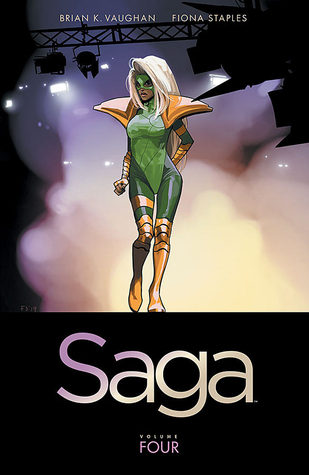 More space drama, action, sexiness and badass awesomeness. Need I say more? This graphic novel series just keeps getting better and better. There were issues that I enjoyed less than others but overall, this remains a volume that should greatly please fans.

So that's it for my wrap-up. Is there anything here that you've read or want to read? Let me know in the comments!