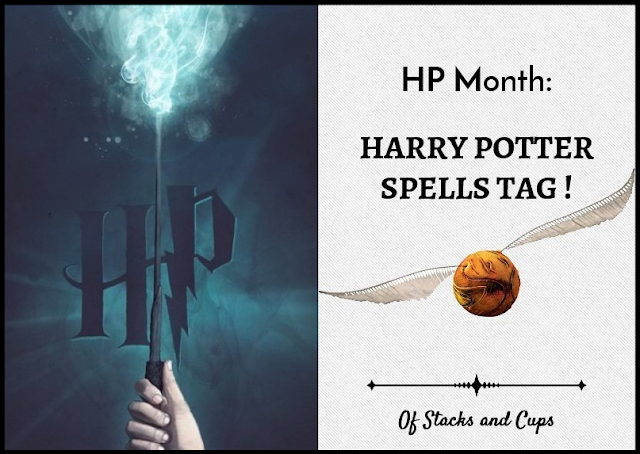 Today, for my first Harry Potter Month post, I thought I would start with the Harry Potter Spells tag. This was created by YouTuber TurtleSympathy and I strongly suggest you check out his original video by clicking here. For the sake of the tag's adaptation to my blog post, I've chosen to stick to only a few of the original options. If you want to do the full tag, do check out the video linked above. 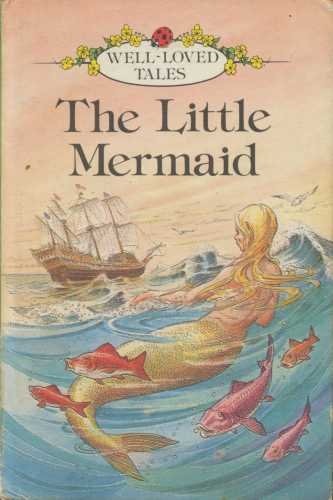 I have to pick this edition of The Little Mermaid, adapted for children from the original tale by Hans Christian Andersen. The reason why this one is special is because it was the first book I ever read in English. Some of you might already know this but my main spoken language is actually French. When I was a kid, I read mostly French books and didn't pick up a book written in English until my mother bought this edition of The Little Mermaid for me. She knew I loved mermaids and thought it would be the best way to get me into reading English books. Years later, I now read almost exclusively in English and The Little Mermaid has become my favorite fairy tale of all time.

Expelliarmus - A book that took you by surprise For this I pick Just One Day by Gayle Forman. Influenced by the cutesy cover, I went into this one expecting a fluffly, romantic contemporary set in Paris, the city of love and stuff. And boy was I mistaken about this one. While the book did start on that note, around midway through it, something happened which just completely took me by surprise, leaving me staring up from the book in bewilderment for a good ten seconds. I eventually ended up falling in love with the story and the characters and went on to read its sequel and companion novel over the course of just a few days. I'm not going to spoil anything but keep in mind that this book has much more depth than what the cover and blurb might suggest. Definitely a book I would recommend to those of you who enjoy well-written contemporaries. 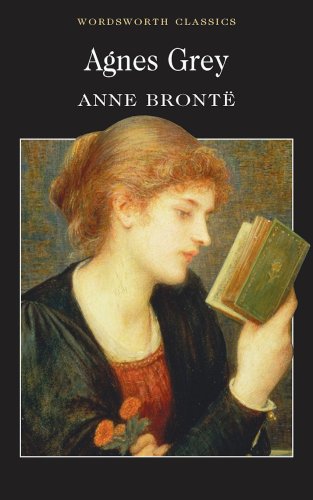 The last book I read was Agnes Grey by Anne Bronte. It's set in the 19th century and follows the life and hardships of a young woman as she begins to work as a governess for the first time. The author was largely inspired by her own experience as a governess into writing this book, which makes it very interesting and eye-opening. Also, Anne Brontë is kind of becoming my favorite Brontë sister. I mean, she's usually remembered as the 'quiet Brontë' or the 'least famous Brontë sister', but I'm personally really fond of her and her books. Find out more about Agnes Grey in my July wrap-up at the end of the month.

My pick for this one has to be Eleanor and Park by Rainbow Rowell, simply because it was the first contemporary I ever read. I ended up loving it so much that I went ahead and read a bunch of other contemporaries right after finishing it. This was also the first book I picked up after a very long book slump, so you might also say that this book also kind of got me into reading again. It follows the story of two very different young people who, despite their differences, come to first befriend each other and then fall in love. Saying more would probably spoil too much but if you enjoyed Fangirl by this author, I suggest you check out this one as well. As far as contemporaries go, this one is a must-read.

Crucio - A book that was painful to read

For this one I'm going with The Last Battle, the 7th and final book in C.S. Lewis's Chronicles of Narnia. These books are classics of children literature and are much loved by a lot of people, which is why is saddens me a bit to pick one of them for Crucio. While the first books of the series were undeniable great children books, in the later installments, the author began to include racist and misogynist elements which gradually became more apparent as the series progressed. Eventually, the last book, though offering a rather satisfying finale to the series in its own way, had way too much racism and sexism for me to actually enjoy the book. The too many cringeworthy scenes make The Last Battle one of the rare books I actually found painful to read.

Avada Kedavra - A book that could kill (interpret as you will)

For this one, I'm going to choose a fictional book and go with Tom Riddle's diary from Harry Potter and the Chamber of Secrets by J.K. Rowling. The diary has the power to possess a chosen victim, eventually draining the person of his or her life force. Had the diary not been destroyed, it would have eventually taken away all of its victim's life force, leading to the person's death. Moral of the story? Don't spill your secrets to a diary that writes back at you...

So that's it for this tag guys. I tag everyone who's participating in Harry Potter Month. Have fun :)